The separation by sedimentation of two immiscible liquids, or of a liquid and a solid, depends on the effects of gravity on the components. Sometimes this separation may be very slow because the specific gravities of the components may not be very different, or because of forces holding the com-ponents in association, for example as occur in emulsions. Also, under circumstances when sedimentation does occur there may not be a clear demarcation between the components but rather a merging of the layers.

For example, if whole milk is allowed to stand, the cream will rise to the top and there is eventually a clean separation between the cream and the skim milk. However, this takes a long time, of the order of one day, and so it is suitable, perhaps, for the farm kitchen but not for the factory. 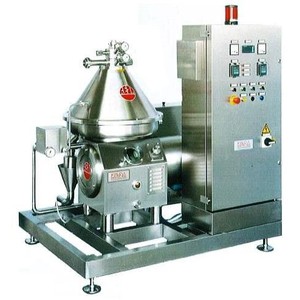 HD Process sell REDA centrifugal separators for use on wine juice beer and dairy products. By immediately separating of solids, it is possible to reduce successive filtration treatmentsAnd consequent&nbsp;product losses … 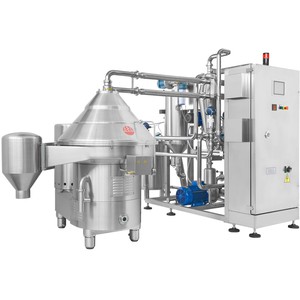